Migrating multiple platforms to one can be tricky, but necessary business. Insight was able to make it a reality for one North American ticketing platform.

Facts at a glance

Especially active on the mergers-and-acquisitions scene over the last five years, a North American ticketing platform faced the challenge of having to establish a new company-wide software standard.

Instead of living with different platforms unique to its individual divisions, the client chose to streamline operations by migrating to Microsoft® 365™ and Azure® in favour of improved simplicity, cohesion and performance company-wide.

A leading event-ticketing platform has been making a splash with multiple moves on the Mergers and Acquisitions (M&A) scene over the last five years. It discovered it had at least one more move to make, though: to migrate to Microsoft.

The M&A growth over the last half-decade cast a wide net in terms of platforms used. As an illustration, the Insight Canada client comprises ~250 employees, who spanned a handful of at-one-time individual organizations.

To help with collaboration between co-workers, employees had been using a combination of Google Workspace, RingCentral™ and Slack®. The result was a general lack of interoperability the ticketing platform had to address. So, it turned to a friendly face in Insight Canada, which had worked with the company before, supporting its hosted-cloud-environment software needs. This time around, Insight supported the client in its move to Microsoft 365 to boost overall productivity by meeting its employees’ wide-ranging application requirements.

Based in North America, the client, who specializes in live events, nevertheless boasts a global presence with separate European and United Kingdom offices, hinting at the disparity in preferred platforms between employees. The end goal was to make Microsoft its one and only provider, also opting to migrate to Azure from AWS.

Operating remotely, Insight took necessary steps to ensure a thorough, but smooth transition, working with the client to work through changes in scope and adoption roadblocks. Buy-in from employees was critical, but not necessarily a given. To help get everyone on board, workshops were organized, demonstrating Insight’s hands-on approach.

The migration of Google Workspace to Microsoft 365 meant phasing out applications like Gmail and Google Calendar in favour of Microsoft Outlook®. The company also discontinued the use of Google Drive, as Insight moved over everyone’s data, ensuring employees kept access to the same files they could open in Google Workspace.

Meanwhile, employees who had been messaging co-workers in Slack transitioned to Microsoft Teams®. Insight analyzed the client’s Slack environment to identify third-party integrations that could be carried over, similarly combing through more than 1,800 channels to assess ones critical to the migration, before following through.

Insight also replaced the integrated call centre the client operated out of RingCentral. Insight worked to understand the logic behind the client’s call queues, flows and logic, successfully rebuilding it all in Microsoft Teams, while also porting over agents’ phone numbers, leveraging the application’s built-in capabilities.

No stone left unturned in migration

Overall, the project successfully targeted 18 different apps for migration. That figure excludes the in-parallel migration to Azure, the client opting to move away from AWS as its preferred cloud-computing service. There were benefits aside from the obvious: further simplifying matters by adding another aspect of the business to the Microsoft landscape.

In the process Insight elevated the client’s security posture, with a cost-effective move to Microsoft Defender, which replaced three applications in use before. Insight also built continuous integration/continuous deployment pipelines leveraging Azure DevOps Services, laying the foundation for automated scaling of multiple components.

The migration made multifactor authentication easier, also enabling single sign-on, as Insight created a unified identity layer. It facilitated access and compliance with the Payment Card Industry Data Security Standard, the client operating in the entertainment sector, dealing with customers and their sensitive information every day.

All in all, it was a worthwhile encore for Insight, having delivered on all fronts so that the repeat customer could become an exclusively Microsoft-sourced operation, just as envisioned. The deployment was an overwhelming success, based on several factors like speed of execution and the degree to which the transition was seamless.

Of note, Microsoft ranks Insight among its largest partners. Even named Microsoft 2022 Canada Partner of the Year, Insight secured funding through the Microsoft End Customer Investment Funds program to navigate potential budgetary constraints on the part of the client, lowering costs to boost its satisfaction level even more — on top of boosted levels of employee and ultimately customer satisfaction for an increase in productivity and overall performance... all in all resulting in one performance after which everyone went home happy.

Keep your workforce connected. Take on the cutting edge in collaboration with help from Insight. 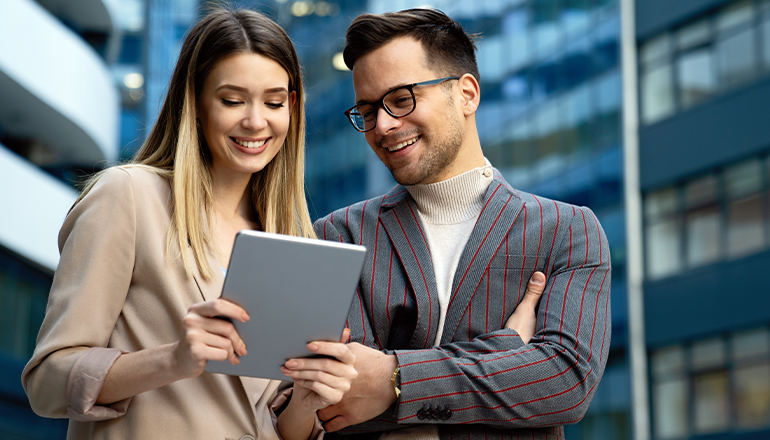 Workshops Move to the cloud easily, securely, and affordably with Insight

TechTalk The Technological Resilience of Small to Medium Businesses 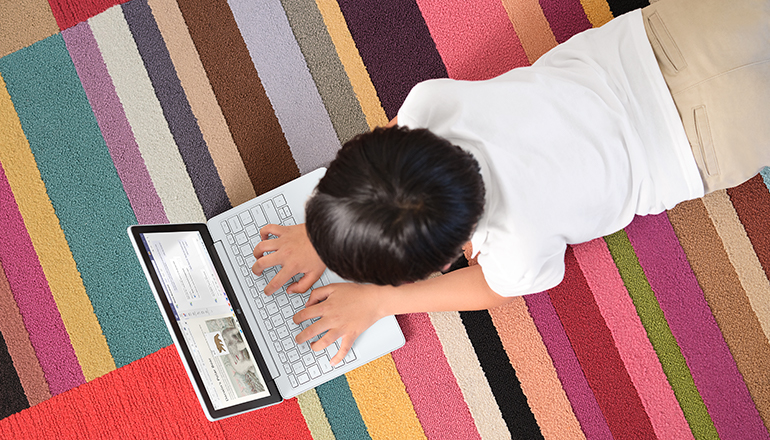 Webinar Leveling Up your Classroom with Microsoft Surface and Intune