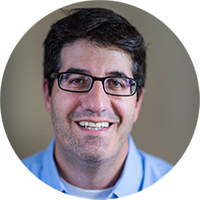 As the Emmy award-winning writer and producer for The Simpsons, the longest-running American scripted primetime television series in history, Joel has been a key part of the show’s success. A graduate of the University of Alberta (B.Sc.) and York University (M.B.A.), Joel Cohen found success in the corporate world before making a completely illogical career move into comedy writing. Cohen’s experience as both a “creative” and a “suit” has not only left him with a puzzling resume, it also gives him a unique perspective to discuss innovation and its place in business.